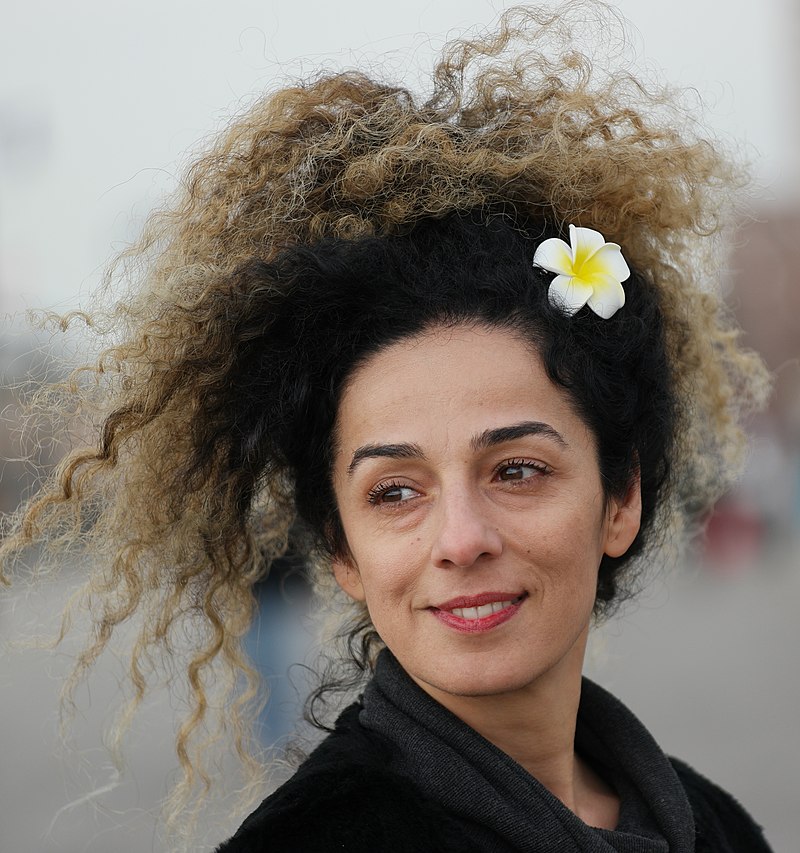 Alinejad focuses on criticism of Iranian human rights, especially in women’s rights.[6] She now lives in exile in New York City, and has won several awards, including a human rights award from UN Watch‘s 2015 Geneva Summit for Human Rights, the Omid Journalism Award from the Mehdi Semsar Foundation, and a “Highly Commended” AIB Media Excellence Award.[7]

In 2019, Alinejad sued the Iranian government in a U.S. federal court for harassment against her and her family.[8] She released a book in 2018 called The Wind in My Hair that deals with her experiences growing up in Iran, where she claims girls “are raised to keep their heads low, to be unobtrusive as possible, and to be meek”.[9][10] In 2021, U.S. prosecutors charged that she was the target of a kidnapping plot by the Iranian government.[11]

Alinejad was born as Masoumeh Alinejad, but uses the first name “Masih” (Persian for “anointed” or “Messiah“).[12][13] Alinejad was politically active from a young age, and was arrested in 1994 for producing leaflets critical of the government. She began her career in journalism in 2001 with Hambastegi daily, and then worked for Iranian Labour News Agency (ILNA). Papers, including Shargh, Bahar, Vaghaye Ettefaghiye, Ham-Mihan, and Etemad Melli, have also published her articles. During the sixth and seventh parliament, Alinejad was the parliamentary reporter. In 2005, she wrote an article suggesting that government ministers had claimed they received pay cuts; they were actually receiving considerable sums of money as “bonuses” for everything from serving religious duties to ringing in the New Year. The article generated controversy, and led to her dismissal from parliament.[13]

In 2008, she wrote a highly controversial article in Etemad-e Melli daily, called “Song of the Dolphins”, where she compared Mahmoud Ahmadinejad‘s followers to hungry dolphins that make sounds and perform entertaining acts to grab a morsel of food from their trainer. Some people regarded the article as very offensive towards the president and the people, and eventually, Mehdi Karroubi, the director of the paper, had to apologise for the article.[14] In the summer of 2009, during her stay in the United States, Alinejad tried very hard to have an interview with Barack Obama; however, she was refused the interview, although she had been granted a visa based on this interview. Her visa expired, and she had to return to England. While in the United States, she participated in some Iranian protests, and delivered a speech in San Francisco, where she said, addressing the government authorities of Iran, “We have trembled for thirty years, now it is your turn to tremble”. Her interview with Voice of America was shown together with parts of the videos she had made, called “A Storm of Fresh Air”. In 2010, she and a group of Iranian writers and intellectuals established the “IranNeda” foundation. After the presidential election in Iran in 2009, she published a novel called A Green Date.[15][dubious –discuss]

Alinejad graduated from Oxford Brookes University with a degree in Communications Studies.[16]

In 2014, Alinejad launched My Stealthy Freedom (also known as Stealthy Freedoms of Iranian Women), a Facebook page that invites Iranian women to post pictures of themselves without a hijab. The page quickly attracted international attention, and has garnered hundreds of thousands of likes.[17] However, some have claimed it is an exploitation of female rights activists by anti-Iranian US conservatives.[18]

In 2015, the Geneva Summit for Human Rights and Democracy, which is run by UN Watch, gave her its women’s rights award for “giving a voice to the voiceless and stirring the conscience of humanity to support the struggle of Iranian women for basic human rights, freedom, and equality”.[19]

Alinejad has said she is not opposed to the hijab, but believes it should be a matter of personal choice. In Iran, women who appear in public without a hijab risk being arrested.[17]

Some women have published articles denouncing this campaign as a tool of U.S. foreign policy, interested in only exploiting these currents for Regime change.[20]