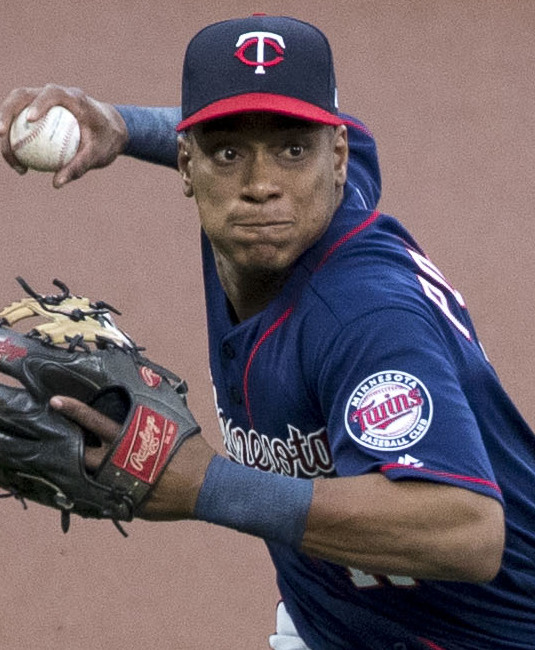 Dominican baseball player
In this Spanish name, the first or paternal surname is Pacheco and the second or maternal family name is Polanco.

On March 18, 2018, Polanco was suspended for 80 games after testing positive for Stanozolol, a performance-enhancing drug and was also ineligible for postseason play.[5] He was reinserted as the Twins shortstop upon his return from suspension. In 77 games, he hit .288 with 6 home runs and 42 RBIs.